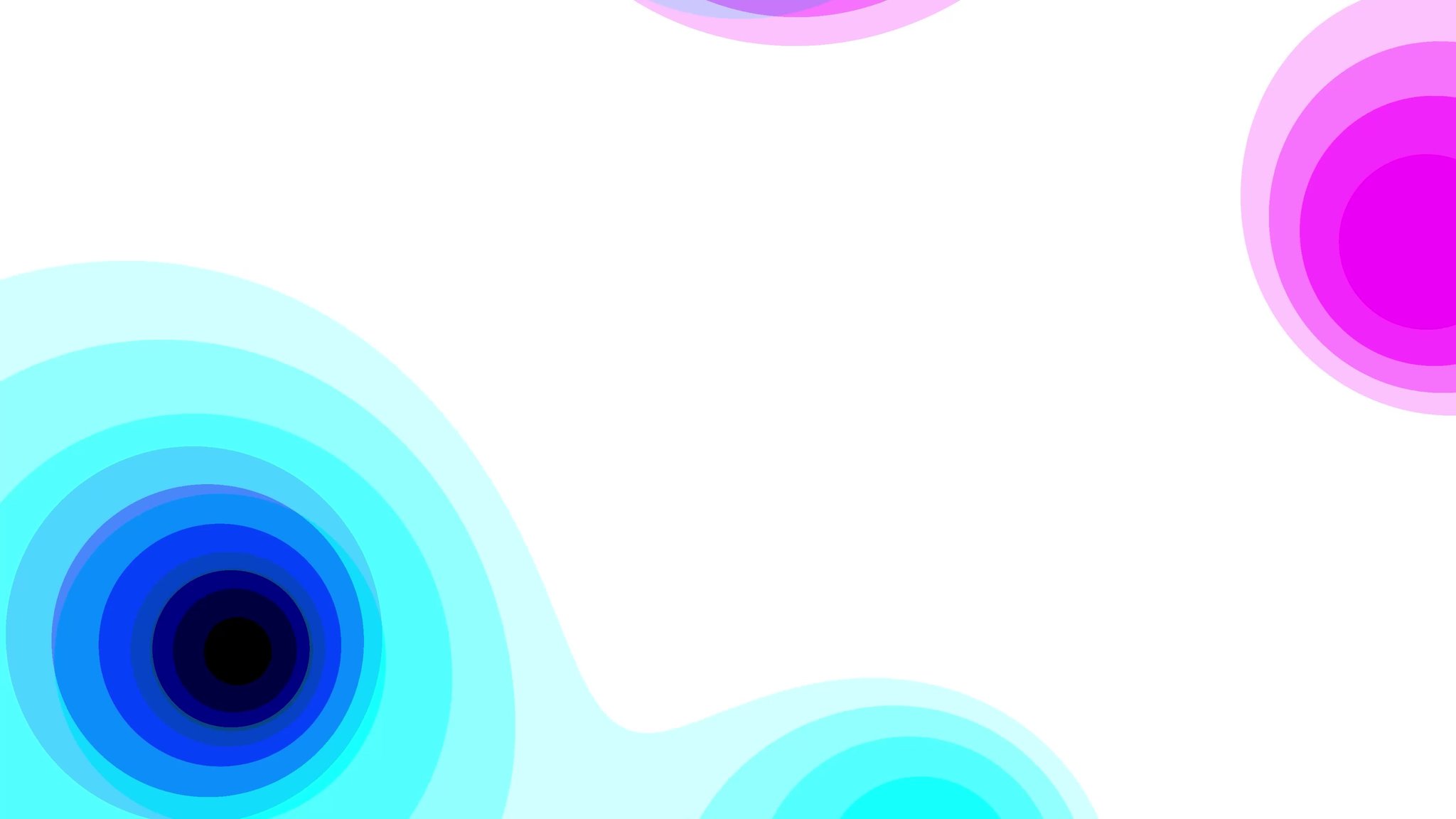 Prince and a Widow, Jam & A Wedding!

The latest releases in music, books and on the big screen make for hot entertainment this winter!

Actress Scarlet Johansson reprises the role of Black Widow, a character previously showcased in the Marvel comics universe in The Age of Ultron, Captain America: Civil War and the Avengers franchise. This time, however, Black Widow – or Natasha Romanova – is alone and on the run.

The action takes place after her appearance in Captain America. She’s on a search for meaning after years in service of the USSR as their ultimate KGB operative, something she had been groomed and trained from birth to become.

With the dissolution of the USSR years previously, she’s now a free agent and active in New York – but there are still forces which wish to silence her. Expect cameos from Robert Downey Jr as Tony Stark, Florence Pugh as a sister Black Widow, Rachel Weisz as a mother figure and William Hurt too.

Also known as Space Jam 2, this live action and cartoon film updates the 1996 version – and LeBron James, a.k.a. King James, features alongside a mammoth cast of  cartoon characters. From the Flintstones, to Tweety Bird, Daffy Duck and Bugs Bunny, complete with signature carrot!

Together with his young son Dom, LeBron is trapped in a digital space by a rogue AI. The NBA basketball star has to somehow get all the Looney Tunes characters to beat the AI’s digitised champs on the basketball court. Of course, the odds are stacked in the digital team’s favour with a host of cunning obstacles – mostly digital and artificial – thrown in their dribbling path.

Ultimately, the movie is about the relationship between father and son and what each will do for the other to redefine their bond.

The French port city of Marseille is the other side of the world from Oklahoma. For Bill Baker it may as well be an alternate reality or different universe because this oil roughneck doesn’t speak the language or know the local customs – but he is determined to save his daughter, Allison, imprisoned for murder.

Matt Damon is spot on as the somewhat taciturn Baker whose sole focus is to try and prevent his child from spending her life behind bars for allegedly murdering her girlfriend.  Little Miss Sunshine actress Abigail Breslin plays the part of his daughter, an innocent abroad who was spending a year studying in France when her life imploded.

Mystified by the language and the convoluted French legal system Baker makes it his mission to get to the bottom of what happened – with much resultant drama and action.

Happier Than Ever
Billie Eilish

With her new album set for release at the end of July, Billie Eilish has announced a host of concert dates to promote Happier Than Ever via Darkroom/Interscope Records.

“This is my favorite thing I’ve ever created and I am so excited and nervous and eager for you to hear it,” Eilish wrote of the follow-up to When We All Fall Asleep, Where Do We Go? “I can’t even tell you. I’ve never felt so much love for a project than I do for this one. Hope you feel what I feel.”

In an interview with late night talk show host Stephen Colbert in February, Eilish mentioned that the coronavirus pandemic had been fruitful for her, allowing her to compose and record a full album. The 16-track album comes over two years since Eilish released her debut album which was successful, winning her five Grammy awards in 2020 – including best new artist and song of the year.

The latest album from London-based duo Jungle has been eagerly anticipated since the first single, Keep Moving, dropped.

The album’s themes are particularly relevant now as the world adjusts to pandemic life. It’s about new beginnings, new love and fighting back against the odds. “When we write music there’s hope,” said Josh Lloyd-Watson. “Maybe today we’ll create something that influences people and changes the way they feel. If you can make something that lifts people, that’s an amazing feeling.”

He and band mate Thomas McFarland describe it as “the realisation of everything that we’ve ever tried to do”. For Keep Moving, Lloyd-Watson told NME: “We had the hook and it just wouldn’t go away. It was like, ‘God, just leave me alone for a second!’ But it was so infectious and we just kept coming back to it.”

In another departure, the duo have also included guest vocalists on the album for the first time.

Prodigiously talented musically, many in music circles agree that Prince was one of the best ever.

Five years on from his untimely death, his estate has partnered with Sony label Legacy Recordings to release archived material – this from 2010.

The title track for Welcome 2 America has been released, a loping, spacey funk song with spoken-word lyrics that feature a typically arch and withering examination of a United States characterised as the “Land of the free / home of the slave” – harking back to the early 1990s when Prince cast himself as enslaved to his record label Warner.

A deluxe version will feature a previously unreleased concert film of a 2011 Prince gig at The Forum in Inglewood, California, a 23-song set that includes cover versions of Bob Dylan’s Make You Feel My Love, Janet Jackson’s What Have You Done For Me Lately, and, closing the show, Roxy Music’s More Than This.

The release will excite fans eager for the release of further archive material, drawn from Prince’s mythically enormous vault, that required drilling into after his death in 2016 – reportedly only he had access to it.

A Wedding in the Country
Katie Fforde

Lizzie has just arrived in London, determined to make the best of her new life. Her mother may be keen that she should have a nice wedding in the country to a Suitable Man chosen by her. And Lizzie may be going to cookery school to help her become a Good Wife.

But she definitely wants to have some fun first.

It is 1963 and London is beginning to swing as Lizzie cuts her hair, buys a new dress with a fashionably short hemline, and moves in with two of her best friends, one of whom lives in a grand but rundown house in Belgravia which has plenty of room for a lodger.

Soon Lizzie's life is so exciting that she has forgotten all about her mother's marriage plans for her. All she can think about is that the young man she is falling in love with appears to be engaged to someone else ...

In 1901, the word “bondmaid” was discovered missing from the Oxford English Dictionary. This is the story of the girl who stole it.

Motherless and irrepressibly curious, Esme spends her childhood in the Scriptorium, a garden shed in Oxford where her father and a team of lexicographers are gathering words for the very first Oxford English Dictionary.

Esme's place is beneath the sorting table, unseen and unheard. One day, she sees a slip containing the word “bondmaid” flutter to the floor unclaimed.

Over time, Esme realises that some words are considered more important than others, and that words and meanings relating to women's experiences often go unrecorded. She begins to collect words for another dictionary: The Dictionary of Lost Words.

Umiko Wada has had enough excitement in life. With an overbearing mother and her husband recently murdered, she just wants to keep her head down. As a secretary to a private detective, her life is pleasantly filled with coffee runs and paperwork.

That is, until her boss takes on a new case. A case that is surrounded by shadows. A case that means Wada will have to leave Tokyo and travel to London.

Nick Miller never knew his father, and was always told he wasn't missing much. But when an old friend of his late mother says there are things that Nick needs to know about his parents, he can't ignore it.

When a chance encounter brings Wada and Nick together, they couldn't know the series of violent events set off by their investigations. And when they discover Nick's father might have been the only witness to a dark secret forever buried, they realise there are some powerful people who will do whatever it takes to keep it that way.